Grandcamp Maisy is located in Normandy in Calvados. It is a fishing port and a tourist and seaside resort between the beaches of Utah Beach and Omaha Beach. 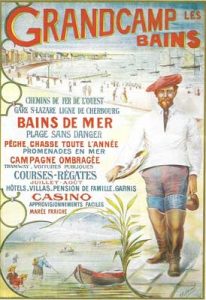 Between 1880 and 1930, Grandcamp was one of the most famous beaches in France. At that time, the French have new means of transport for short distances (automobile, train, tram …). At the beginning of the 20th century, the village was connected by the French railways, represented on many postcards. 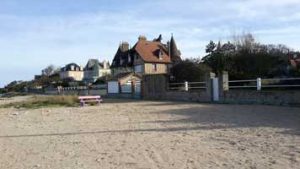 Nowadays, the city has a vestige of this time: its villas. They are a dozen to border the coastline of Grandcamp (Villa Mathieu, villa Saint-Nicolas, the Manor, the Swallows …), all more sumptuous than the others. But also a typical poster of the time that boasts the many attractions of the city. 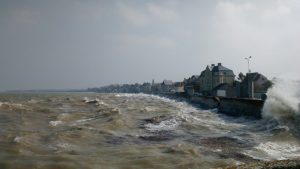 This commune is close to the point of Hoc, and has a history strongly marked by the landing of 1944. At the time of the battle of Normandy, it is released by the Allies on June 8, 1944.

On June 14, 1944, Grandcamp received the visit of General de Gaulle, after making his speech in Bayeux and Isigny-sur-Mer, he went to the Republic Square, mounted on a cart and made a speech.